Rep. Gowdy goes for the truth and settles for nothing less!

I totally agree, love this guy. Need more like him!

Gowdy: I very much want to question Hillary Clinton under oath

END_OF_DOCUMENT_TOKEN_TO_BE_REPLACED

Update on we lost Medical Insurance.

Posted on September 19, 2013 | Comments Off on Update on we lost Medical Insurance.

After visiting the Social Security office who referred us to the Medicare office with my wife.

We found out it was just a fine government employee not doing their job was the problem.

It was supposed to have been taken care of in July.

We waited for a while for the employee to come up after she was contacted, she was just typing the paper work up to fix it and send it out to us oddly enough so she just handed us the notices.

I asked so what caused the problem? Someone not doing their job, they no longer talked or looked at me and just directed the conversation to my wife.

Just got to love it!

Comments Off on Update on we lost Medical Insurance.

Enjoy.
Black Conservative Comes Out: ‘I am not gay!’

PJTV: Is It Time for Students to Expose Biased Professors, and Biased Republicans

Got this from Google+1

Glenn Mark Cassel originally shared this post: Got this from a Facebook friend. Pay attention boys and girls.
This is a test of your communist knowledge skills. It is short.

A TEST: To file for future reference

Six trivia questions to see how much history you know. Be honest, it’s revealing.

If you don’t know the answer, make your best guess.

Answer all the questions (no cheating) before looking at the answers.

1) “We’re going to take things away from you on behalf of the common good.”

A. Karl Marx
B. Adolph Hitler
C. Joseph Stalin
D. None of the above

2) “It’s time for a new beginning, for an end to government of the few, by the few, and for the few…… And to replace it with shared responsibility for shared prosperity.”

A. Lenin
B. Mussolini
C. Idi Amin
D. None of the Above

3) “(We) …..can’t just let business as usual go on, and that means something has to be taken away from some people.”

A. Nikita Khrushev
B. Josef Goebbels
C. Boris Yeltsin
D. None of the above

4) “We have to build a political consensus and that requires people to give up a little bit of their own … in order to create this common ground.”

A. Mao Tse Dung
B. Hugo Chavez
C. Kim Jong Il
D. None of the above
5) “I certainly think the free-market has failed.”

A. Karl Marx
B. Lenin
C. Molotov
D. None of the above

6) “I think it’s time to send a clear message to what has become the most profitable sector in (the) entire economy that they are being watched.”

A. Pinochet
B. Milosevic
C. Saddam Hussein
D. None of the above

Scroll down for answers
Answers

……..and to think, even after all the lies surrounding Benghazi, they’re suggesting she run for President in 2016!

And last a funny. 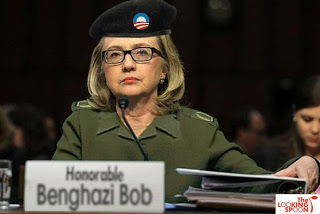 Got the from FB friend.Check this out.
SHANEQUA JUST WANTS WHAT SHE WAS PROMISED…
Shanequa say she voted for Obama five time, and she gonna’ stand on dat telephone boof wif her pants off till her man Obama gives up her stimulus check and start making her mortgage payments like he say he would!

Anyways,GOD bless America and you.

Comments Off on Just a few shares.

Obama the hypocrite and Krauthammer tells it like it is.

Posted on June 20, 2012 | Comments Off on Obama the hypocrite and Krauthammer tells it like it is.

Obama denounces what he’s doing now,”was against it before he was for it”

“As a strong defender of executive power (when properly exercised) and executive privilege (when properly invoked), I am concerned when claims of executive power or privilege are abused for any reason—especially if they are invoked to shield potential wrongdoing. In addition to shielding the wrongdoing, it jeopardizes the very executive power that the President is entrusted with when Congress and the courts react—as they did in the post-Watergate era—to the abuse of power.
The House Committee on Oversight and Government Reform is rightfully investigating the Fast and Furious debacle, in which the Administration allowed thousands of guns to flow across the Mexican border, resulting in the death of one U.S. border patrol agent and at least 200 Mexican citizens—according to the Mexican attorney general. The most glaring violation of executive power in that investigation prior to today was the refusal of the Department of Justice (DOJ) to turn over 1,300 pages of documents subpoenaed by the committee without even an assertion of executive privilege. Attorney General Eric Holder simply refused on his own initiative in a blatant act of stonewalling.”

Krauthammer rips Obama ‘gibberish’ and the biggest ‘decline in U.S. influence’ since World War II
FTA:
In a pre-empted broadcast of Tuesday’s “The O’Reilly Factor,” one that was aired lived due to a press conference following the G20 summit in Los Cabos, Mexico, a clearly agitated host Bill O’Reilly declared that event “the most boring presidential press conference” in his 37 years of covering the news.

And the great job’s creator,
Obama administration program spent $10B to create 355 jobs per year
FTA:

“The Obama administration spent $10 billion to create 355 renewable energy jobs per year, according to testimony offered Tuesday before Congress by a Congressional Research Services expert.
Asked by Rep. Cory Gardner (R., Colo.) “how many jobs were created” in 2009 and 2010 under the 1603 renewable energy grant program authorized by the Obama administration, a CRS specialist in public finance admitted that $10 billion was spent to create 3,666 construction jobs over a two-year period–and only 355 jobs per year going forward.”

But it’s OK for him not to.

Remember he attacks people that donate to the “GOP” and goes after their families and businesses.

Comments Off on Obama the hypocrite and Krauthammer tells it like it is.

Posted on June 12, 2012 | Comments Off on Archie Bunker,John Wayne and Abbot & Costello on Obama,liberals and history. Laughs,history and news.

Archie Bunker and John Wayne and Abbot & Costello have a funny but true point of view and warnings on liberals,America and history.

Followed by some news you may have missed which is defiantly not making into the “Lame Stream Media”.

From, Common American Journal Ordinary Americans seeking to inform and inspire our fellow Patriots in these extraordinary times

Enjoy and be amazed.

First up,”Archie speaks on the DEMS always wanting us to SACRIFICE!”

More to the point,”Archie Bunker is not happy with Obama”

Archie tells it like it is in.50 seconds,” What America Is All About.”

This one is great,”Liberals getting their way.”

On a serious not,can be said any better,”John Wayne on liberals.”

In a way that every one can understand,”Abbot & Costello Explain Obama’s Stimulus Plan For Workers.”

Now some news you may have missed.

Administration admits to ‘hundreds’ of meetings with jihad-linked group

You HAVE to check out this story and watch the video!!

You decide,Michelle Obama’s “All this for a damn flag” shown at three different speeds.”

Two great video’s from the past.

Comments Off on Archie Bunker,John Wayne and Abbot & Costello on Obama,liberals and history. Laughs,history and news.

The World We Live In

Please do your own research. The information I share is only a catalyst to expanding ones confined consciousness. I have NO desire for anyone to blindly believe or agree with what I share. Seek the truth for yourself and put your own puzzle together that has been presented to you. I'm not here to teach, preach or lead, but rather assist in awakening the consciousness of the collective from its temporary dormancy.

Navigating the World from a Christian Perspective

A Conservative View from New Hampshire

Free expression of one’s thoughts is a God given right.

Delivering The Latest News From All Around The Globe

News Of Western Pennsylvania And The World

The Road Back Home

Biker News You Can Trust!

Dispatches from the Asylum

“The story so far: In the beginning the Universe was created. This has made a lot of people very angry and been widely regarded as a bad move.” ― Douglas Adams

The Stage is Being Set for Final Events -- It Could Happen Today, Are You Ready?

Common Sense and Ramblings In America

From the Delaware River to the Jersey Shore. Covering: Mercer, Monmouth, Ocean, Burlington and Middlesex Counties

I craft my stories

Roxy Travels
One Chance to See the World