God, have mercy! I’ve seen enough sickens for the day.

Germany now has animal brothels for their Syrian migrants.

I don’t think there’s anything I can say about this that won’t get me suspended from Twitter.

I couldn’t believe it so a looked around a little and found the following beginning with the oldest news first.

Madeleine Martin told the Frankfurter Rundschau that current laws were not protecting animals from predatory zoophiles who are increasingly able to turn to bestiality as a ‘lifestyle choice’.

She highlighted one case where a farmer in the Gross-Gerau region of southwest Germany, noticed his once friendly flock of sheep were beginning to shy away from human contact.

Two complainants have failed in their attempt to get Germany’s constitutional court to consider their claim against the laws banning sex with animals.

The two unnamed individuals say they are sexually attracted to animals.

They sought to get the court in Karlsruhe to consider whether the existing rules are unconstitutional.

But the court threw out their claim, ruling that the effect of the ban on the complainants’ right to sexual self-determination was justified.

The court said that protecting animal welfare by seeking to prevent them being the victim of sexual assaults was a legitimate aim of the law – which remains unchanged after the court’s decision.

A 23-year-old native of Syria allegedly sexually assaulted a pony in front of children in Görlitzer Park, Berlin.

A witness, known only as Amanda F, described the incident to the Berliner Morgenpost.

“My babysitter took a walk with our son through Görlitzer Park. They had to witness the man sexually assaulting the pony,” she said.

According to Amanda F, her babysitter told her about the incident after speaking to the so-called “park runners.”

Germany Now Has Animal Brothels for All Those Randy Goat Lovers

In unconnected news, the number of Syrian migrants in the country is now estimated at 1.5 million.

As news of the animal brothel craze hit German national broadcaster ZDF, anxiety among petting zoo ponies dropped precipitously. In November, a 23 year old Syrian man allegedly sexually assaulted a pony in broad daylight in front of children at a park in Berlin.

Animal welfare officer Madeleine Martin told the Frankfurter Rundschau that Germany’s current laws enable “zoophiles” to carry out their sexual deviancy without contention. Bestiality is not illegal in Germany.

“There are now animal brothels in Germany,” Martin explained, claiming that people are turning to animals for sex as a “lifestyle choice,” the Daily Mail reports.

Some thought’s. Keep in mind liberals love and want America to be just like Europe. Progressives believe in and are fighting hard for all these weird peoples rights, islam open boarders, blurring the lines between gender, marriage and whats right and wrong.

Just wonder how much longer society can survive this insanity?

Now I just want to, 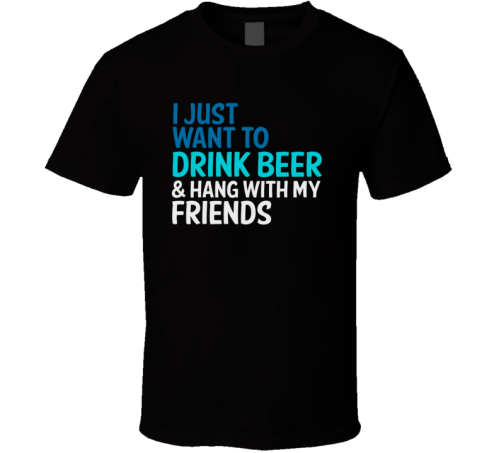 Posted in America, Immigration, islam, Liberalism, Trump, We The People

This is crap. This needs to stop. VA waste.

This is ridiculous and shameful. With all the money this country wastes in the government, on welfare abuse, immigration, left leaning policies, refugees, the UN, this should not be. This should be one of the most smooth running organizations we have, we owe it to the Veterans. This makes me sick.

From the famed Sharyl Attkisson. Thank you. “A medical doctor-turned-whistleblower was part of a team that reviewed veterans’ medical files to see if they’re entitled to compensation for Agent Orange injuries. He says he caught reviewers pushing through files at an improbable rate, failing to give them a proper review and often denying vets their due. The company, a V.A. contractor, denies it.” END_OF_DOCUMENT_TOKEN_TO_BE_REPLACED

Comments Off on This is crap. This needs to stop. VA waste.

It’s the law. @Potus , “We THE People” have every right to block Immigrants.

Posted on January 25, 2017 | 1 comment
Interesting, a friend e-mailed this to me. Thought I’d share it.
Wouldn’t it be interesting if, at some point during the Presidential


campaign,  one of the candidates asked, “Oh, by the way, has anyone

in Washington DC ever heard of the McCarran-Walter Act Of 1952?
I did not know of this Act until recently, but it has been a law for
almost 65 years.
Here are the historic facts that would seem to indicate that many, if not
most, of the people we elect to work for us in Washington DC do


not have the slightest idea of what laws already exist in OUR country.

After several terrorist incidents were carried out in the United States,
Donald Trump was severely, criticized for suggesting that the U.S.


should limit or temporarily suspend the immigration of certain ethnic

groups, nationalities, and even people of certain religions (Muslims).
The criticisms condemned such a suggestion as, among other things,
being Un-American, dumb, stupid, reckless, dangerous and racist.
Congressmen and Senators swore that they would never allow such
legislation, and our  President called such a prohibition on immigration

As Gomer Pyle would say, “Well, Surprise, Surprise!” It seems that
the selective immigration ban is already law and has been applied on

Known as the McCarran-Walter Act, the Immigration and Nationality
Act of 1952 allows for the “Suspension of entry or imposition of restrictions


as immigrants or non-immigrants, or impose any restrictions on the

entry of aliens he may deem to be appropriate.”
Who do you suppose last used this process?
Why it was president Jimmy Carter, no less than 37 years ago, in 1979,
to keep Iranians out of the United States.
But he actually did more.   He
made ALL Iranian students, already in
the United States, check in with the government. And then he
deported a bunch of them.
Seven thousand were found in violation of their visas, and a total of
15,000 Iranians were forced to leave the USA in 1979.
So, what say you about all of the criticism that Donald Trump received
from the Democrat Senators, Representatives and the Obama
Administration?
Additionally, it is important to note that the McCarran-Walter Act
also requires that   an
“applicant for immigration must be of good
moral character and in agreement with the principles of our Constitution.”
Therefore, one could surmise that since the Quran forbids Muslims to
swear allegiance to the U.S. Constitution, technically, ALL Muslims


should be refused immigration to OUR country.

The goal of this site is to provide a comprehensive source of information about American legislation pertaining to immigration and immigrants, from the founding of the nation to the present day. Here you will find short summaries, useful links, and the full text of relevant public laws. Click on the name of a piece of legislation in the chronological list below for more information about it. Check it out here. List of Public Laws covered on this site:

Immigration and Nationality Act of 1952 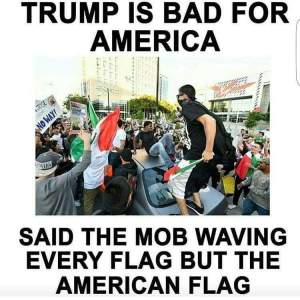 God bless America and you.

STOP IT! Stop listening to people who tell you Muslim terrorists aren’t real Muslims because “they hijacked the religion”

Posted on November 28, 2016 | Comments Off on STOP IT! Stop listening to people who tell you Muslim terrorists aren’t real Muslims because “they hijacked the religion”

“There is no such thing as “moderate” Islam. No such thing as “radical” Islam. Islam is Islam. Just because your Muslim neighbor hasn’t tried to kill you yet, doesn’t mean he wouldn’t like to force you into accepting Islam under penalty of death.”

Source: STOP IT! Stop listening to people who tell you Muslim terrorists aren’t real Muslims because “they hijacked the religion”

Comments Off on STOP IT! Stop listening to people who tell you Muslim terrorists aren’t real Muslims because “they hijacked the religion”

Weekly suspense serials and other literary snippets. Don't forget to support by following!

Everything Works Out For The Best

A girl travelling around the world on a motorcycle.

One Chance to See the World
Frauds, Crooks and Criminals

The beginning of the gospel of Jesus Christ, the Son of God; (NIV)

Do you know when this world shines the brightest? On the night of humanity when we all shine together.

Be an observer, and rock your life....

Showcasing the best of female talent. Filmmakers and Screenwriters

Motivational and Inspiring Blog from My Little Mind

Sharing self help tips/advice/blogs on how to make your life beautifully positive!

The Art of Blogging

The Savior Lives To Teach.

Commentary from a Paleoconservative and Nationalist perspective