I dusted of a old lap top till I can get my computer fixed. Like I said in the last post I’ve lost all my notes and links for the post but I found some great post today from bloggers that I follow that go in the same direction I was on in regards to the Progressive and “Politically Correct” agenda and mind set. The division of the country, attacks on Conservatives and Christians.

First up from Politically UnEZ And I believe this is why Obama will never be impeached. Because he’s black no one want’s to be labeled a racist. No one has the political courage to stand up and do it despite the fact there is overwhelming evidence for impeachment and when viewed in history the people would have asked, what took so long?

“I heard today on the evening news a clip of a twit announcing “How Dare the conservatives attack the potentially First Woman President” in response to the conservative press and Conservative Caucus Members of Congress continuing to push Hillary on her involvement in the cover up of the murder of our four American Diplomats in Libya.

Have we not learned anything over the past five years?  Didn’t we make that mistake twice by allowing the Socio-Communist Left to Race Bait the American People into quiet acceptance while our Establishment GOP Co-Conspirators in Congress cowered in the darkness, desperate to be seen as inclusive and not to be called Racist instead of railing against the incompetence and criminality of everything Obama just because he was black?

Who are the real racists here?

We should never have allowed the fear of being labeled cause us to accept the Constitutional Perversions pervasively practiced by this administration over the past 5 years.  I have listed the areas in which our Country has been put at risk through the incompetence of Obama and the steadfast ideology of Progressivism in a previous post.  Their ideas and direction are mis-timed and unfitting in a dangerous world, yet we allowed it to happen despite years of warning about the dangers of Political Correctness.   Our failure to call incompetence and subversion what it is out of fear of being called Racist, Biased, Non Inclusive, Anti this or that, has nearly cost us our Republic.” Read more here. Its Deja Vu All Over Again

This is such a great post on this administration and Progressives agenda. A lot of talk about Obama’s “Executive Orders” and the constitutionality of them. Though I do agree with them the bigger picture is how he has taken over and used the E.P.A. D.H.S. and other branches of the government to do his dirty work.

“Many legal immigrants fled their homelands in fear for their lives, from regimes which started out as this “Progressive” administration did in 2008 and continued to progress past this point to all out totalitarian rule.  Can’t Happen Here? Well they are not so sure it can’t.   We got close under Wilson and Roosevelt.  But have we ever been this close?  The current Progressive Liberal Government is socializing our education system, our healthcare system, our banking system, our Auto Industry, increasing taxes and fees on small business, advancing unemployment and advancing unemployment compensation, increasing the rolls of welfare and various entitlement programs, allowing millions of illegal immigrants across our borders and vying for amnesty, legalizing drugs, providing more disinformation then facts thus resembling a ministry of propaganda, spying on everybody through DHS and the NSA, using the EPA and the IRS as political weapons to stumble and punish their enemies at all levels, abandoning our allies, dismantling our military, making deals with our enemies, decapitating conservative military leaders through phony scandals, indicting writers and journalist and conservative politicians, and captains of industry who express disagreement with the current ideology on trumped up charges, and engaging in race baiting, class warfare while implementing comprehensive wealth redistribution policies and so much more” Read more here. Its Not Paranoia If They Really Are Watching You

From Citizens Militia of Mississippi

“Prominent indicators confirm that the U.S. is the chief facilitator of the persecution of Christians around the world today.

According to the recently released 2014 World Watch List, which ranks the 50 nations where Christians are most persecuted, Syria is the third worst nation in the world in which to be Christian, Iraq is fourth, Afghanistan fifth, and Libya 13th. All four countries receive the strongest designation, “extreme persecution” (other designations are “severe,” “moderate,” and “sparse” persecution).

Aside from being so closely and harshly ranked, these four nations have something else in common: heavy U.S. involvement. Three—Iraq, Afghanistan, and Libya—were “liberated” thanks to U.S. forces, while in the fourth, Syria, the U.S. is actively sponsoring “freedom fighters” against the regime, many of whom would be better labeled “terrorists.” Read more here. Confirmed, U.S. Is Chief Facilitator of Christian Persecution

“Republicans have blatantly refused to stand up to Obama, they have demonstrated such by allowing his tyranny to run this far…To plead with legislators is to speak on deaf ears…They have chosen their side & one day they will meet their maker for the carnage they are responsible for bringing to America…We are heading into dark days, folks…prepare your families and friends, for no Democrat or Republican government ‘leaders’ are willing to see the forest for the trees…” Read more here. ICE Officers Plead With Republicans To Stand Up To Obama

From We The People one of my favorites.

Is anyone surprised about this? From the Kelly File: BREAKING: Obama Caught Red-handed Plagiarizing Bush’s 2007 SOTU Speech

I didn’t watch the Obama rant last night. I caught a glimpse while I was waiting to see Mike Lee and Rand Paul’s response. Of course It was the part when he looked and sounded like he was attacking the G.O.P. again. So what’s new. Of course you have to look for these. From what I hear no on really covered them, except of course sites like The Blaze. So here they are.

Some of the topics or links I lost was about Black mob violence and how it’s sky rocked since Obama has been in power and how it’s not covered except for a minute at the end of year. Also how it’s all but encored by Eric Holder and his D.O.J. except when he decided to do something or get involved when it looked like a white guy was playing “The Knock Out Game” on a black person.

The immorality, the division and destruction of the country from the Homosexual agenda. Also. Did you know there is a national organization and one headquartered here in California for the rights of the sex offenders and that pedophiles are considered to fall in the category of a lifestyle and should be protected all complements of progressives.

The racism and the attacks on America, the constitution, American citizens, Christian’s, Conservatives any one or organization that doesn’t fall into lockstep with this administration by Eric Holder and his D.O.J.

The I.R.S. scandals which I blogged about before, Benghazi, the out right lies by Obama and the Obamacare disaster. The constant siding with islam, muslims over America here citizens and Christians. 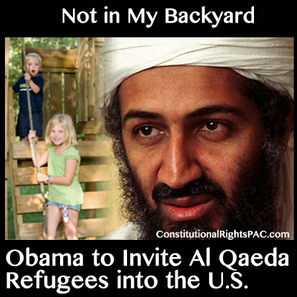 Any reasonable person can see what’s happened to America and the path we are on. The G.O.P. with the exception of a very few is gutless and addicted to their own power, lavished life style, perks and are not much different at all any more from the progressive, liberal, democrats.

I’m sure you’ve hears of Alinsky Rules for Radicals. Get reacquainted with them or if you haven’t checked them out before you need to on top of everything to understand what they are doing and how they are going about it.

“Hillary Clinton’s 1969 Political Science Thesis (“There is Only the Fight”) refers to an earlier version of Alinsky’s training manual. “In 1946,” she wrote, “Alinsky’s first book, Reveille for Radicals, was published.”

“Obama learned his lesson well. I am proud to see that my father’s model for organizing is being applied successfully beyond local community organizing to affect the Democratic campaign in 2008. It is a fine tribute to Saul Alinsky as we approach his 100th birthday.” –Letter from L. DAVID ALINSKY, son of Neo-Marxist Saul Alinsky Obama helped fund ‘Alinsky Academy’: “The Woods Fund, a nonprofit on which Obama served as paid director from 1999 to December 2002, provided startup funding and later capital to the Midwest Academy…. Obama sat on the Woods Fund board alongside William Ayers, founder of the Weather Underground domestic terrorist organization.…  ‘Midwest describes itself as ‘one of the nation’s oldest and best-known schools for community organizations, citizen organizations and individuals committed to progressive social change.’… Midwest teaches Alinsky tactics of community organizing.” Read more here. Rules for Radicals By Saul Alinsky – 1971

The only way we can even begin to stop and start to repair what the last 5 coming up on 6 years has cost this country besides impeachment  is the upcoming midterm elections.

Weekly suspense serials and other literary snippets. Don't forget to support by following!

Everything Works Out For The Best

A girl travelling around the world on a motorcycle.

One Chance to See the World
Frauds, Crooks and Criminals

The beginning of the gospel of Jesus Christ, the Son of God; (NIV)

Do you know when this world shines the brightest? On the night of humanity when we all shine together.

Be an observer, and rock your life....

Showcasing the best of female talent. Filmmakers and Screenwriters

Motivational and Inspiring Blog from My Little Mind

Sharing self help tips/advice/blogs on how to make your life beautifully positive!

The Art of Blogging

The Savior Lives To Teach.

Commentary from a Paleoconservative and Nationalist perspective